Only 25% of Zambians have access to electricity, with just 5% of rural areas electrified, so the  republic has embarked on infrastructure upgrades to increase its current generating capacity from 1,948MW. The Kafue Gorge Lower Hydro-Power Project (KGL), on Zambia’s Kafue River, a tributary of the Zambezi, is scheduled to start delivering another 750MW of electricity to the country’s expanding power grid by 2020. The dam that will power the new turbines, under construction since late 2015, is located about 17km downstream from the Kafue Gorge Upper Hydro-Power Project, completed in 1973, which generates 900MW.

The new Kafue Dam project, financed by EXIM bank of China, is also being designed and constructed with Chinese expertise by the Sinohydro Corporation. The new dam about 90km south of Lusaka will be 140m high and 387m long at the crest, and its outflow will power five 150MW turbines, making it Zambia’s third-largest hydro-power facility. It requires massive amounts of materials, particularly cement, which is where South Africa’s JSE-listed supply chain specialist, Cargo Carriers Ltd, comes in.

While keen to expand into neighbouring SADC countries, Cargo Carriers has been careful to do so in a way that protects the company’s brand values, crafted over years of experience in the South African logistics industry. They do this by acquiring wholly owned subsidiaries in the relevant countries, combining local knowledge of business regulations and practice with Cargo Carriers’ expertise in reliable, cost-effective supply chain management.

Cargo Carriers’ reputation on big projects may also have helped its Zambian subsidiary win the five-year contract. “We have gained experience in large construction projects in Southern Africa,” says Bennie Barnard, Cargo Carriers’ General Manager for Business Development. “We were involved in the Lesotho Highlands Water Project, and in particular the construction of the Katse and Mohale Dams – so we are well versed in big construction projects, and we can transfer that expertise to our subsidiaries.”

The Cargo Carriers subsidiary contracted to handle bulk cement haulage for KGL is Heavy Hauliers Zambia, and in keeping with the parent company’s policy, they have access to strict driver training, patented software-based pickup-to- delivery load monitoring, and a strict vehicle replacement regime. With regards to the last benefit, Cargo Carriers has just added six bulk tankers to the Heavy Hauliers Zambia fleet.

“The six trucks can carry 33.5 tons of cementitious product per load,” Barnard adds. “In the initial phase, we were hauling 180 tons of cement per day from the supplier in Lusaka to the construction site. But the daily tonnage grows as the demands of the project increase, and at peak, we will be delivering 800 tons per day.”

With growth still booming in many sub-Saharan countries, the future promises plenty more projects like KGL in Africa’s burgeoning infrastructure development. Through its strategy of acquiring subsidiaries in neighbouring states, Cargo Carriers is positioning itself strongly to contribute to that development, while at the same time continuing the company’s expansion and diversification. 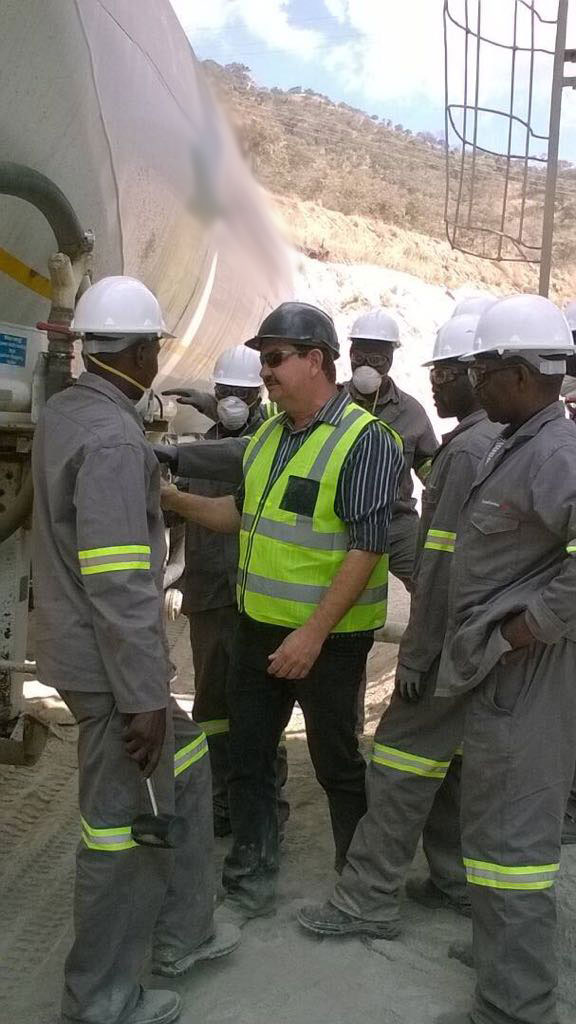 Back to Latest News

Kindly fill in your details in the form below and we will get back to you as soon as possible.